The Tokyo 2020 Olympic Games in host country Japan will be attended by countless athletes and travelling staff, whose mouths all need to be fed. 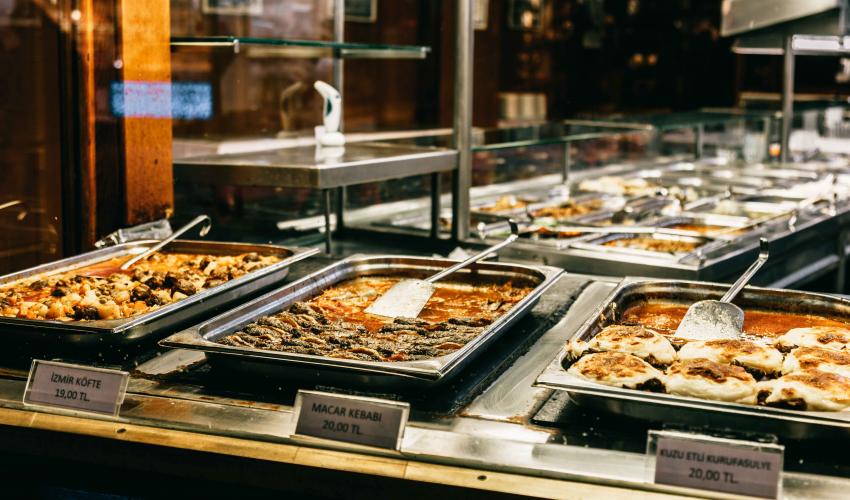 The presence of no fewer than 11500 athletes and 79000 assistants plus journalists poses a considerable challenge in terms of food catering, day in, day out. The Tokyo 2020 organising committee is already trying to provide a tailor-made offer in the form of food specifically made for athletes. An additional challenge in this respect is the need to meet the needs of different sports disciplines, ages, cultures and allergies or special dietary requirements.

Three types of dining halls are planned for the organisation of these Olympic Games:

In the casual dining hall, athletes can feast on local dishes. 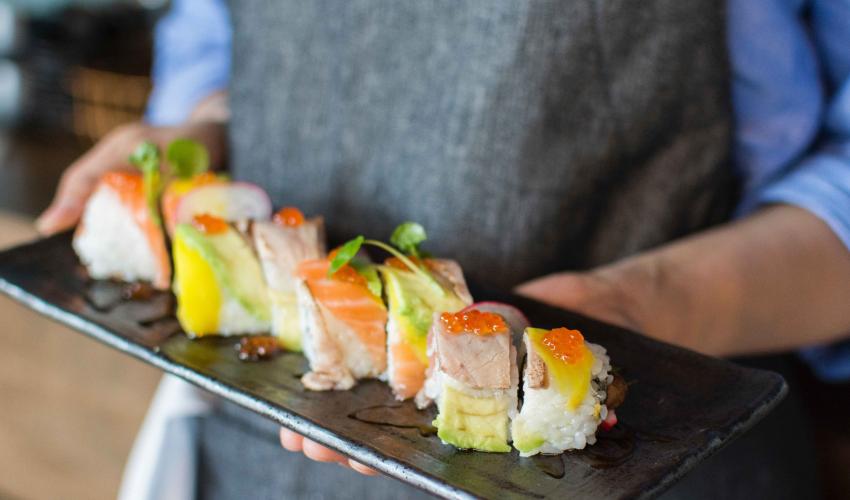 So what exactly is the difference between nutrition for an average person versus an Olympic athlete? We asked our own dietician Lotte Hellinckx, who is a high-level athlete herself.

Hi Lotte! The Olympic Games have been going on for a while now. What does the average diet of an Olympic athlete actually look like? Are there any notable differences between the various disciplines (e.g. strength athlete VS endurance athlete)?

The hard work of training is usually over by the time the Olympic Games begin. Once the athletes arrive in the Olympic village, it is a matter of getting them fresh. Nutrition plays an important role here. The athletes will have to ensure that they consume enough energy in the days before their competition so that they can start their match full of vitality. Where the focus lies depends on the discipline. For endurance athletes (such as triathletes, cyclists, marathon runners...) the focus is on carbohydrate intake. They will also choose food that is easily digestible, to avoid gastrointestinal complaints. In sports where there is a classification by weight (such as rowing, boxing, judo...) the focus is on something else. They have to make sure that they reach the right weight on race day, and still have enough energy to get to the start. Furthermore, most disciplines consist of several rounds. An optimal recovery is then crucial. 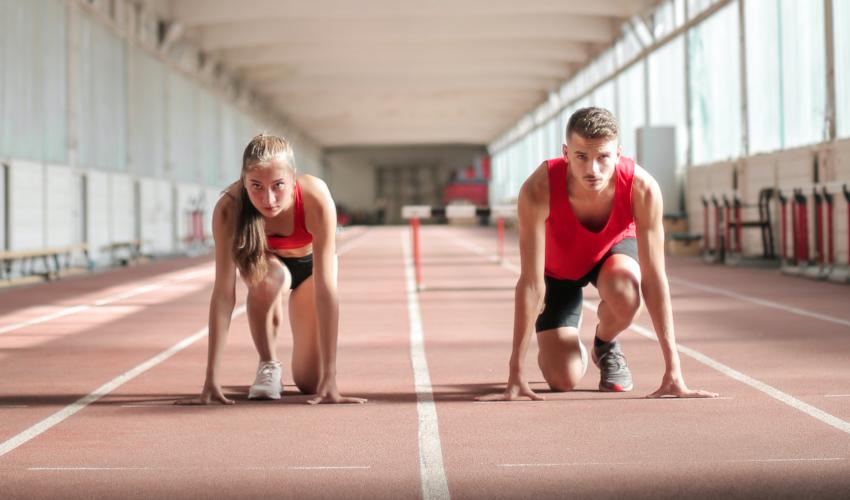 Is it true that athletes can eat more than the average person?

A person's energy consumption depends on their height, their muscle mass and their physical activity throughout the day. On average, an athlete has a higher muscle mass and moves - naturally - much more than an average person. This means that a top athlete often needs more energy than the average person. For an athlete it is important to take up the energy used again in order to avoid injuries and over-fatigue. Of course, here too there are big differences depending on the sports discipline.

So what does such an athlete usually eat on the day of a competition to be able to deliver a top performance?

To give a concrete example, I will answer this question with an endurance athlete in mind.

Endurance athletes will start 'carbohydrate stacking' two to three days before the start of the competition. They do this to start the race with a full energy tank. It is almost impossible to fill the energy tank by just eating a bit more on race day. On the day of the race they will eat their last main meal three to four hours before the start. This meal consists mainly of carbohydrates. For example, white rice with tomato sauce and cod or white pasta with sweet and sour sauce and chicken. About an hour and a half before the start, they will have a snack rich in carbohydrates (for example: gingerbread, banana, rice cake, energy bar...). During the race they will also try to immediately replenish their lost carbohydrates. They will do this by eating sports gels or sports bars and by drinking isotonic sports drinks. The months before the Olympic Games they have been training their gastrointestinal system so that they can absorb a huge amount of carbohydrates per hour without suffering gastrointestinal problems. After the competition, the athletes immediately reach for their recovery food. It is best to eat carbohydrates, proteins and fluids (for example, a recovery shake).

Furthermore, a good hydration status before, during and after the race is extremely important. All athletes will ensure that they are well hydrated at the start and that they take in sufficient fluids (and electrolytes) during the race. To recover optimally, they will also replenish their lost fluids later on.

Athletes consume a lot of energy and can therefore eat more than the average person. 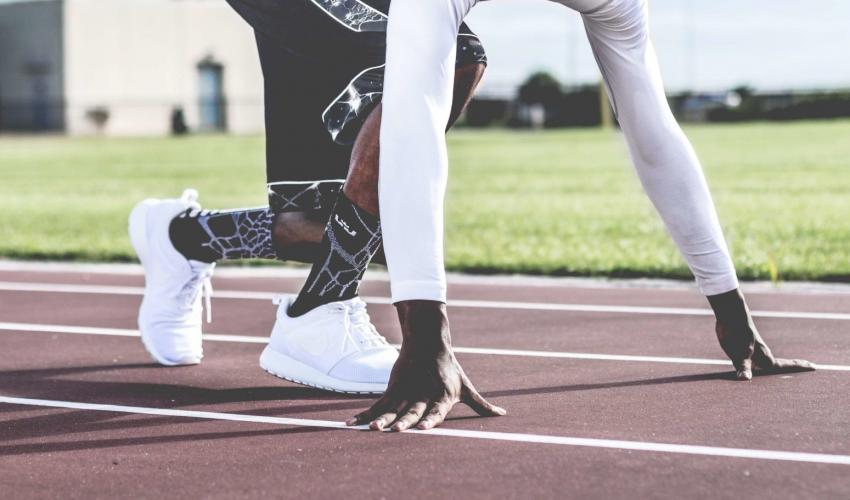 The Olympic Games are taking place in Tokyo this year. What is the impact of this on the athletes' nutrition?

The climatic conditions in Tokyo make the Olympic Games even more challenging. The extreme heat in combination with the high humidity means that the athlete's body heats up quickly, but it is also difficult to get rid of the heat. Our Belgian athletes are not used to performing in these conditions. That is why they trained in climate chambers for the months before the Olympic Games. These are rooms in which the conditions in Tokyo are simulated. This has the advantage that they can adapt to the conditions, but also that they learn how much fluid and salt they lose during these efforts. So they can adjust their nutrition plan before and during the race using this information.

Thanks Lotte for the clarification!

Curious to know more about the link between nutrition and sports?

Be sure to also listen to our podcast episode with Lotte Hellinckx!

All episodes are recorded live in the language of the guest(s). 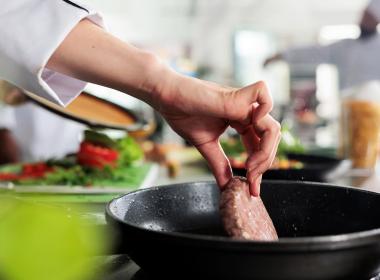 Perfect your hamburger meat with these techniques. 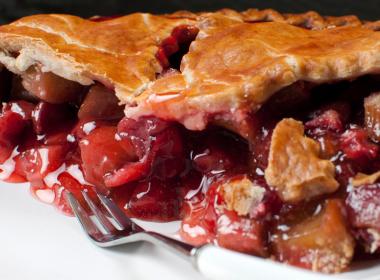 Rhubarb is a fresh and sour vegetable, but have you ever thought of using our vegetable of the month in a strawberry tart? Enjoy this... 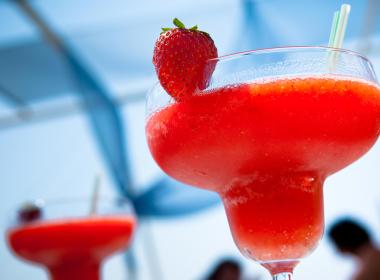 The Margarita is a real cocktail classic. Add some strawberries and you get a deliciously sweet variation of this popular drink!