On International Women's Rights Day, we would like to highlight our female colleagues who, like our male colleagues, of course, form the main ingredient in the recipe of our success. We present the portraits of many women from our kitchens all the way to headquarters. 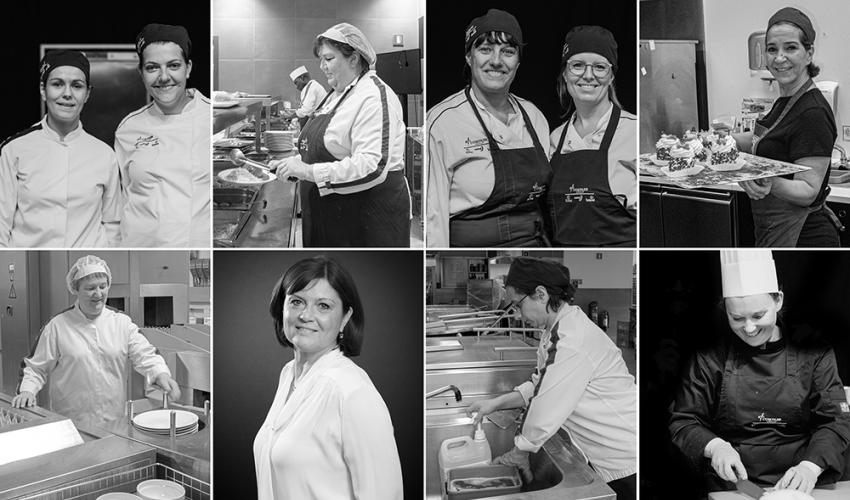 Working in the kitchen, as a woman through generations

The deans who work in our kitchens at ING, Françoise and Emilia, admit that they have mainly worked with male chefs, less often with women. They also explain that the catering sector has changed a lot in 30 years. In order to be able to keep up with this evolution, our colleagues have always received the necessary support and training. Of course, this applies to all our employees! In addition, for those who are at the end of their career, we make sure that we offer suitable tasks that require less physical effort.

Véronique, in charge of desserts at Belfius, also confirms that cooking was mainly dominated by men when she was at hotel school. She felt young and a little disadvantaged. The chefs she met during her internships were stricter and women were considered more like little hands. She admits, “Thinking about it, I always had ambition, but before they didn't give women the same opportunities. We didn't even consider them. I'm convinced that 25 years ago I wouldn't have reached the place I have today.”

Fortunately, little by little, things have changed, more and more women have become leaders. At Compass Group, we have offered as many opportunities and training as possible. Some, like Mieke, Suzanna or Annelies, started by serving behind a counter or doing the dishes. Annelies is now Contract Manager and manages a complete team in a nursing home in Oudenaarde. Suzanna has become Operations Business Partner.

Chief manager Mieke explains: “My dad was also a manager, so I guess I have inherited a few personality features. I learned a lot from him. I'm very happy to have become a manager: I look after my team; we listen to each other and motivate each other. Furthermore, at Compass Group I have always been of value to myself and I have been able to develop and grow as I wanted to, regardless of gender or origin.”

At Compass Group I have always been of value to myself. I have been able to develop and grow as I wanted to.

For Suzanna, who runs 40 out of 50 sites at the European Commission, the relationship is different because she has met some men who don't want to be 'bossed around' by a woman. She also points out that the problem concerned people from the ‘old school’. Her superiors trusted her and gave her more and more responsibility. She adds, “I'm proud of how far I've come, and I've managed to build character. I have learned to be respected. I remember the first meeting between managers almost 20 years ago, I was the only woman. Luckily, in 2020, this is no longer the case, several female colleagues also hold positions of responsibility and are also present at meetings.” 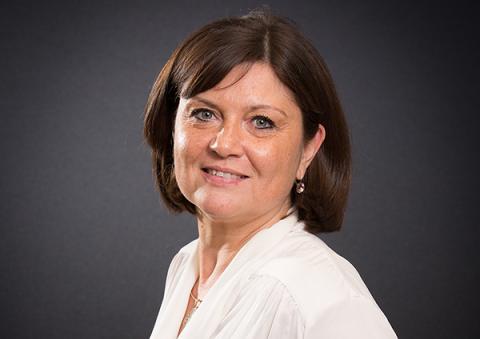 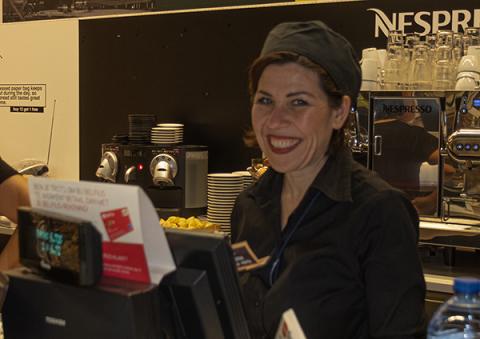 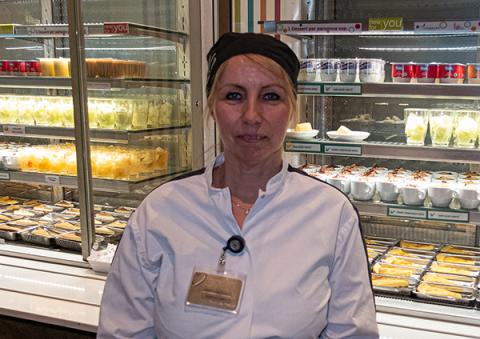 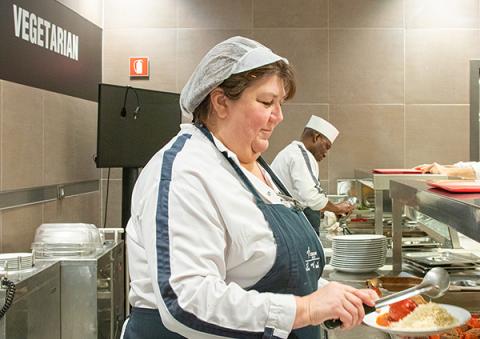 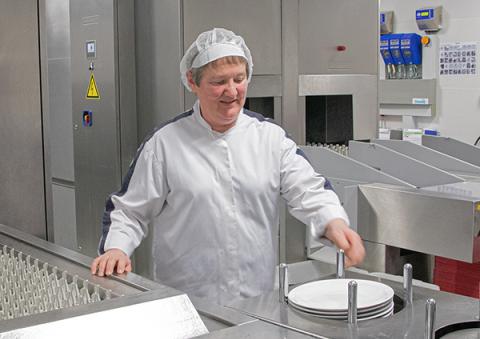 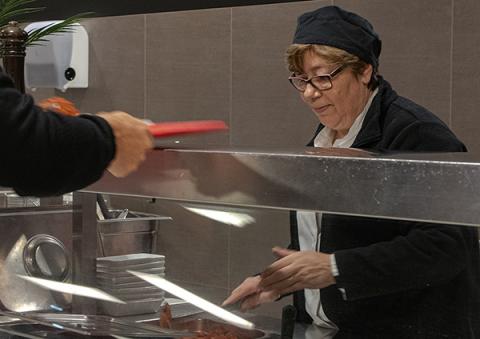 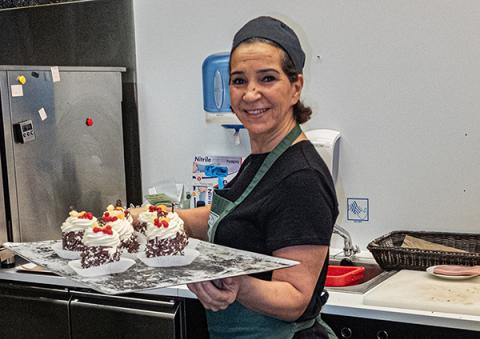 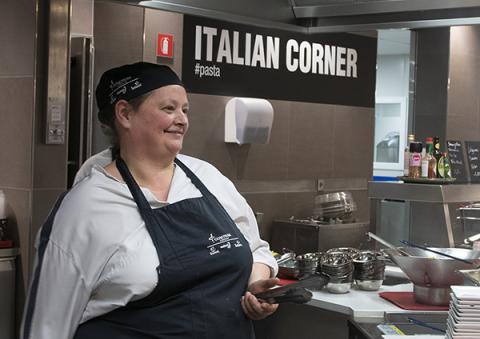 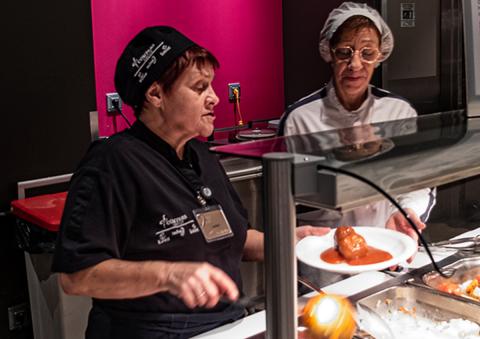 The Importance of offering more equality

There is no denying that there are fundamental differences between men and women. That is the way the world is going, but these differences are bringing us closer together and allowing us to learn from each other. Chief Executive Officer Nathalie explains, “Men and women complement each other perfectly. The media has also helped us to break down stereotypes so that the profession of leadership is better understood and more accessible. From now on, men and women are considered equally important in the kitchen.”

International Women's Day resonates even more strongly at Ramona, a kitchen assistant at Belfius, who is of Romanian origin. She explains that in her country, it is a special day when all women celebrate their independence and their roles today. She has been working at Compass Group for almost 10 years, always with a big smile on her face. “I know a lot of women in the company and the diversification is very enriching. Before coming to Belfius, I worked with our Japanese chef Norio and learned all the secrets of Japanese cuisine.”

The company has great values, there are opportunities for everyone to grow.

Sandrine, Head Office & Fleet Manager Benelux, has been with Compass Group for 22 years. At the beginning, she didn't know how her career would develop, but she was looking for a dynamic job with lots of tasks and responsibilities. She explains: “The company has great values, there are opportunities for everyone to grow. I've known a lot of different managers and I've hired a lot of different people too. As long as a colleague is motivated by his or her work and is ambitious, there are plenty of opportunities to progress. At Compass Group, we put a lot of emphasis on quality of life, and I wouldn't want to change jobs for anything in the world.”

Discover in detail the portrait of Annelies, Vicky and Nathalie: 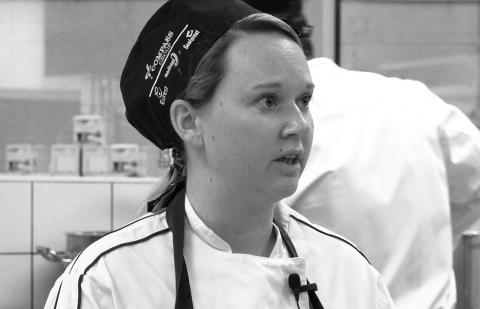 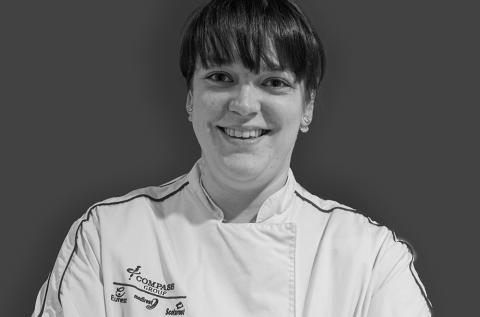 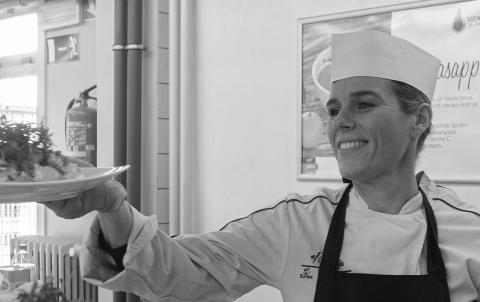 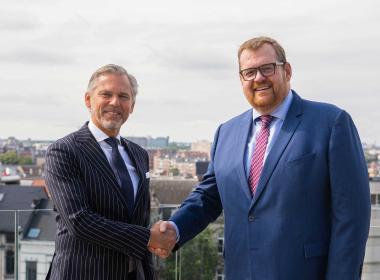 The top caterer from Schelle is market leader in Belgium and executes annually some 3000 events. 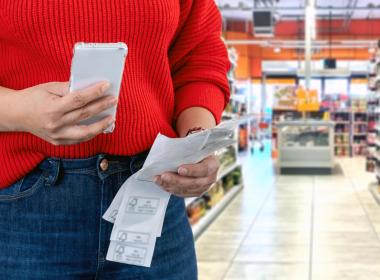 Many commodities have recently risen sharply in price and this obviously has serious consequences for the food service industry, which has... 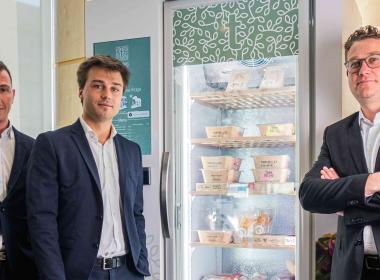 Imagine an office where you can eat and drink fresh and healthy food 24/7. No more classic company canteens where you are dependent on...